Using the Israeli Moshav model of private, small holder agriculture and joint services, LR Group helped Angola’s Wako Kungu Valley return to its position as one of the country’s most important agricultural centers. Since the beginning of the project, Aldeia Nova has brought employment, fresh food, and new hope to the region.

To bring a rural district back to life through modern farming and revitalized infrastructure.
In the aftermath of decades of civil war, Angola’s cities filled with former soldiers and families migrating from the countryside in search of new opportunities and reliable livelihoods.

In recent years, Angola has been one of the world’s fastest growing economies and the government was prepared to invest heavily in a project that could draw people back to agricultural regions. LR Group’s experience worldwide, including many years in Angola, and past work establishing villages, gave it the necessary knowledge and means to succeed. The Angolan government began the project by committing an initial $70 million.

Wako Kungu, a region once known for its milk production and farming, was already connected to large commercial centers. When the Portuguese vacated the area in the 1970s, they left behind fifteen agriculture villages in Wako Kungu, where they had invested in infrastructure that included roads and irrigation systems.

Sustainable income with economic, health, and educational benefits
Based on the Israeli experience of joint farming enterprises like the moshav, LR Group saw the potential for villages that could work together to make farming an attractive option for Wako Kungu residents, ex-fighters, and families from the cities. By providing land, economic support, training, and the most advanced technology, LR’s ADAMA project could even draw in former soldiers who were receiving government pensions.
By encouraging a modern, revitalized agriculture sector, Angola could lower its reliance on expensive imported food while creating sustainable employment for thousands of people.Because of the project’s inherently communal structure, it could also serve as an efficient way of promoting other important social goals, including education, health, and culture. 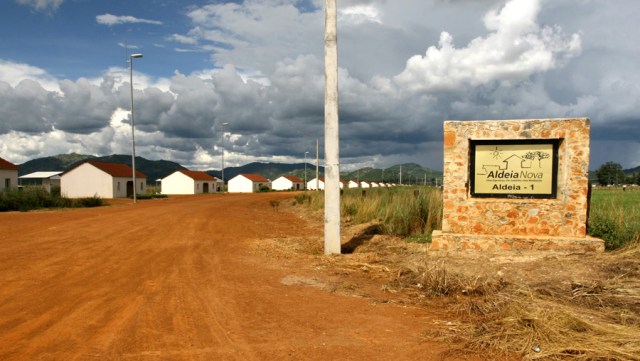 Building a supportive environment for a successful modern economy

A strong foundation for fruitful integration and production
The Aldeia Nova project, or “New Village”, included 600 families in 15 communal farming villages throughout the region. Each family was given a 70m2 house with a kitchen, bathroom, bedrooms, and 3 hectares of land where they could raise their own cows, pigs, or chickens. Additionally, each village shared 27 hectares of land for jointly-owned crops, as well as a school, church, and medical clinic.

Local farmers were joined by former soldiers from both the MPLA and UNITA parties, and some were trained as social coordinators who would bring their training to both the agricultural and social activities of the villages. Their work began as soon as the basic infrastructure was completed in 2005.

The first livestock was brought in that year and the Logistics Center was completed in 2007. The project was officially handed over to the Angolan government in 2008, with foreign experts still on-site as consultants. Since then, the communities have become cohesive social units, more social coordinators are being trained, and farm production has risen steadily, bringing with it growing economic prosperity. 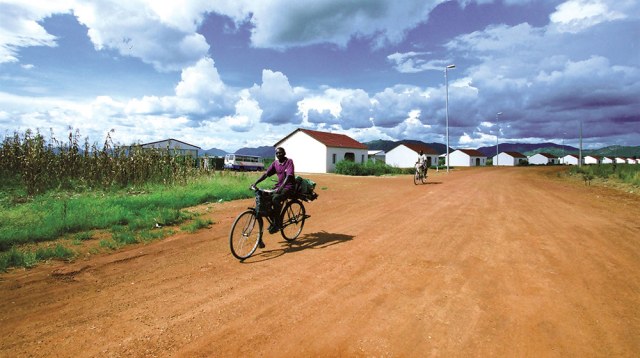 Market Impact: Since its inauguration, the Aldeia Nova project has been producing over 5 million liters of milk per year and 50 million eggs, making these two products the pride of the area’s agricultural community. The villages are also producing 1.2 thousand tons of pork, 10 thousand tons of grain, and supplementing all of this with private harvests of vegetables from small family fields. Farming families are diversifying their incomes by selling prepared foods like bread and ice cream made at home and are spreading the economic value by hiring local residents to help work the fields.

Social Impact: Improved sources of income have begun to create a new middle class in Wako Kungu. As a result, the town’s main street was one of the first to recover from the destruction of the civil war and regain significant economic activity. Access to public health education and electricity, including refrigeration, has allowed families to diversify their diets, leading to better nutrition and overall health.
Schools in every village make it possible for all children to get an education and adults, many of whom fought on opposite sides of the civil war, are coming together to take advantage of the new educational opportunities, for both regular schooling and specialized agricultural training.

Regional Impact: The entire Wako Kungu region has felt the economic impact of the Aldeia Nova project. With the significant increase in average income, the population has grown and unemployment has dropped dramatically. Property values have risen and new construction is underway, providing even more employment opportunities. The region is even developing a thriving tourist industry.

Aldeia Nova’s agro-industrial complex is continuing its expansion and production is still growing in order to meet market demand. As more and more progress is made toward even greater agricultural success, the economic and social benefits can be expected to continue in Wako Kungu and throughout Angola.